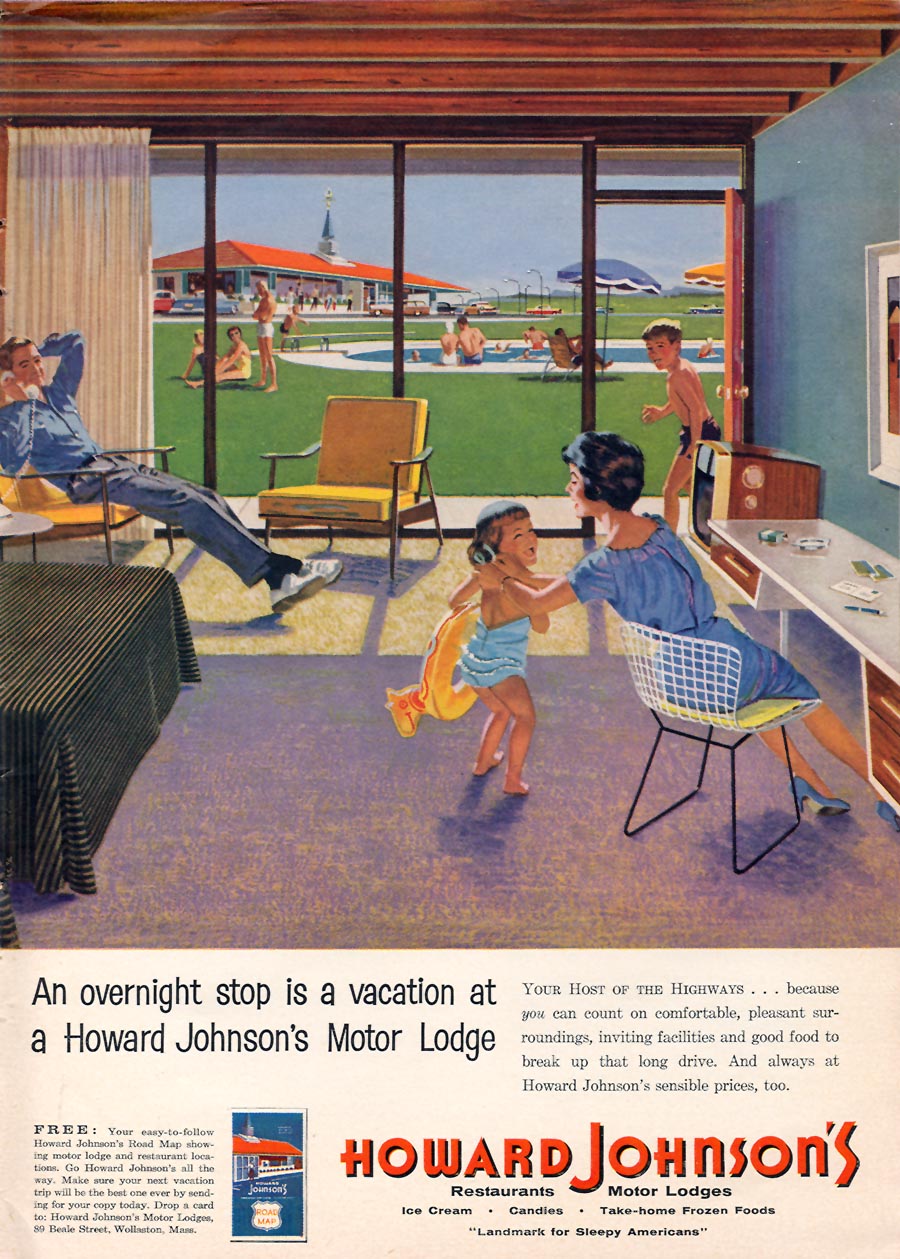 It’s hard to imagine now but Howard Johnson’s was once a big player in both the motel and restaurant business. The iconic orange roof could be seen from coast to coast. Now, no more restaurants are left leaving many older Americans pining for those days of their big fried clam platters, ice cream, and HoJo Cola. The motels are still around but only as one of the many brands absorbed into the Wyndham Hotel Group (who hold, among many others, Super 8, Days Inn, Ramada, and Travelodge)…and, to be honest, many of today’s Howard Johnson’s motel locations have been re-branded from higher-tier names as they aged and became too expensive to renovate in a first-class manner.